We are influenced and surrounded by music: in restaurants, shops, in gyms. In the past, the music might have come from a vinyl record, tape, CD or even a DJ, but today most places will simply stream music from a streaming service, mainly from a private account. Nobody asks, but is this actually legal? Is it allowed to stream music from a private account for the use in public or for business? Companies like Soundtrack Your Brand, Heardis and others offer an official alternative for corporate streaming. The rights holders and artists receive a better compensation, while the costs for the traders are just marginally more expensive, but corporate streaming services are still rarely used. 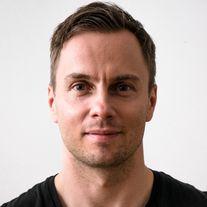 In the past 25 years Ronny has been involved in pretty much all areas of the international music business. Originally a banker at the corporate lending department, he soon followed his passion for music as an artist, dj and producer, later pr agent for press and radio, label- and artist management (Modeselektor, Moderat, Monkeytown Records, kanzleramt, 50 Weapons...). He worked in distribution (EFA Medien), at a record store and lead a download shop (VP & CPO of Beatport). There are probably about 2 dozen records and remixes he has released under various names.

He is a member of the VUT board (the German association for independent music companies) and has been occasionally teaching Digital Media, Social Media Marketing, International Music Business at the e.b.a.m. academy and Popakademie Baden-Württemberg.

Since 2010 he has been working as a freelance consultant and advisor for companies like FatDrop, DJBroadcast, Shutterstock, Digitally Imported, Skoove, LANDR, Native Instruments and others.

As Director of Content at Native Instruments he was in charge of the Stems and Traktor Remix Set content and led the communication with retail-, distribution- and label partners.

In January 2018, Ronny was appointed the role of CEO at MOD Devices, a new music hardware and software company from Germany.

Ronny is living in Berlin, is married and father of 2 wonderful kids. He is enjoying a healthy life style (no alcohol, no drugs, no cigarettes) and cares about his nutrition and recovery.  He trains Crossfit 7-8 hours per week. Ronny is not a runner, but once a year he enjoys a Tough Mudder obstacle race and collects the colourful finisher headbands (which he never actually wears). 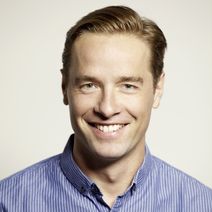 Like most members of the HearDis! team, co-founder Robin Hofmann started his career as a DJ. During his studies of communication design, he launched his music label Pulver Records. His experiences with tour management, event promotion, music licensing and label marketing sparked the idea for the music agency HearDis!.

As manager and creative director Robin is responsible for the development of new services, concepts and marketing strategies. His broad expertise and long-standing agency experience led him to work with prestigious clients such as Hugo Boss, Mercedes-Benz, Vitra, Mykita and many more. 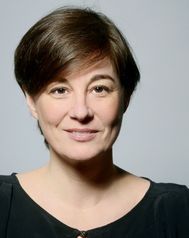 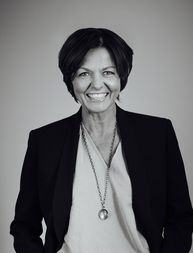 Venesa lives to change, born analog and now digitals biggest fan, her career started in the new economy age, where she worked on client as well as the agency side to develop the first ecommerce and transactional business models for banks and retailers across EMEA. She spent 10 years at Microsoft in various management positions across the entire portfolio of the tech giant: for the OEM division she remodeled the sales approach from a vendor-supplier-relationship to technology partnership approach and was decorated with the chairman award and she was part of the advertising online division that took up the fight against google to learn the lesson how hard it can be to win once you are late in the game. She was the country CEO for the Croatian subsidiary during the time of the economic crisis and helped in Germany to launch Xbox Kinect.

At Vodafone Venesa was overseeing all consumer facing digital activities and the commercial digital transformation. After two years as consultant, Venesa runs today the Napsters EMEA business at a point where the pioneer of digital music is reinventing itself by creating a new business model that makes music streaming available as an integrated component of devices consumers love to use.