A worldwide discussion among indie music trade associations and labels, built on broad agreement that the independent music sector should establish a collective viewpoint about the future of the music industry and the way independents will operate within it,
has led to a ten-point manifesto which was ratified at the June 22nd meeting of WIN (Worldwide Independent Network) in New York.

Recognising the strength of a sector which collectively has around 30% -  and growing -  of the global music market, the manifesto declares the independents’ intentions, beliefs and demands in all key areas of their creative and business activities.
These include:
• gaining equal market access with the majors
• rejecting the culture of secrecy in the digital music market and insisting that artists and companies are entitled to clarity on commercial terms.
• challenging market abuse -  believing that competition law should allow collective representation to enable small business entities to fight anti-competitive behaviour
• seeking support from Governments for the independent music sector -  in terms of access to finance, tax credits and markets
• pushing for collecting society revenues to be distributed accurately and transparently (including unclaimed funds which logically belong to independents), linked to the creation of a neutrally owned and governed database for managing the rights in individual sound recordings.
• encouraging artists and labels to speak out directly against unauthorised uses of music, and supporting creators’ right to earn a living from their work, which should be respected as a basic human right.

The creation of this manifesto began at a meeting during Midem 2012 - led by the Worldwide Independent Network (WIN) and the European indie music association Impala and attended by over 70 representatives from indie music trade associations and companies from around the world. Speakers in that initial  debate included Beggars Group Chairman Martin Mills, AIM CEO and WIN Chairman Alison Wenham, Impala Executive Chair Helen Smith, Impala President Michel Lambot, US A2IM President Rich Bengloff and Chairman of VUT, Germany, Mark Chung, and Charlie Phillips, the most recent addition to the WIN team, who is responsible for spearheading WIN’s work on international rights licensing. 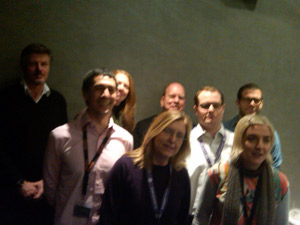 Participating organisations included CIMA, Canada;  AIR, Australia; PIAS Entertainment Group, France; FONO, Norway; and associations in the Netherlands, Italy, France, Switzerland and Belgium. They explored a wide range of urgent issues facing the
music industry - and independents in particular - at a time when new business models are emerging which challenge small copyright owners’ ability to monetise their creative enterprises; and when the independent music community believes it is essential that it is seen, heard and acknowledged globally as the most important, influential and successful music sector. WIN has facilitated the continuing discussion in the past five months, developing the final draft of the manifesto which has now been ratified, signalling the start of the next phase of WIN’s work addressing key issues affecting the independent sector. WIN Chairman Alison Wenham said: “The collective strength, forward-thinking and increasingly effective networking in the global indie sector drove the development of this manifesto.  We know that the independents are a diverse community and we acknowledge the differences in legislative and business environments around the world, but we have now collectively and confidently set out what indies everywhere broadly believe in and can individually work towards. We are very happy to have ratified and launched this important document at A2IM’s Indie Week this year.”

The full text of the Global Independent Music Manifesto (all points are equal in stature, and are not numbered according to any form of ranking or significance):

1. We, the independents, will work to gain equal market access and parity of terms with the majors, as well as co-operating with the majors in areas where we have a common goal.  We will work to ensure that all companies in our music sector are best equipped to participate in the digital market so as to maximise the value of their rights.

2. We support creators’ freedom to decide how their music may be used commercially, and we will encourage individual artists and labels to speak out directly against unauthorised uses of music, and to support creators’ right to earn a living from their work, which should be respected as a basic human right.

3. We believe that independent music labels treat their artists as partners and work with them on reasonable commercial terms, noting that labels are investors who deserve a fair return alongside their artists.

4. We reject the culture of secrecy that permeates the digital music market; artists and companies are entitled to clarity on commercial terms.

5. We will oppose further consolidation in the recorded music and publishing sectors since this will be bad for independent music companies, their artists and fans, in terms of market access and consumer choice.

7. We recognise that all independent music businesses contribute to local culture, diversity, jobs and export opportunities, and multiply the economic success of related industries. We will ask governments to promote and support the independent music sector in securing access to finance and tax credits, and to local and international markets.

8. We hold that collecting society revenues must be allocated and distributed accurately and transparently. This includes distribution of unclaimed funds, which logically belong to the independents. We will push for the independent sector to be formally represented in the governance of collecting societies, with trade associations being eligible for board seats.

9. We support the creation of a worldwide track level sound recording rights database, subject to neutral governance and ownership, to ensure accurate distribution of rights revenues to their rightful owners. If the wider industry’s repertoire database initiatives are not completed and serving the independent sector adequately by the end of 2013, the independent sector will create its own database to ensure centralised, accurate royalty distributions.

10. We will, as always, actively seek commercial opportunities, and will continue to develop new, legitimate and viable business structures and partnerships

Dazu Finetunes:
Finetunes warmly backs the work WIN is doing to unite independent labels around the world and provide them with a powerful, united voice. Indies are the source of so many great artists and great art. Yet, this creative brilliance is challenged on a daily basis by the huge market power of majors and ruthless commercial agendas that pose a constant theat to the independent community. Finetunes firmly believes indies can still flourish and we're thankful for a little help to make this happen.

About WIN  www.winformusic.org
Unique in the history of the global music industry, WIN is a network exclusively for the worldwide independent music community. It was founded in July 2006 in response to business, creative and market access issues faced by the independent sector everywhere. With an estimated indie music global market share of 30% the sector WIN represents is bigger than the largest music multinational. For independent music companies and their national trade associations worldwide, WIN can be a collective voice
and when appropriate an advocate and focal point for collecting and sharing knowledge about the indie sector at national and international levels. WIN remains an unincorporated body by choice. Its membership stretches across 27 countries and in every continent, with Trade Associations in all the well-developed legitimate music markets taking a particularly active role. The WIN office is hosted by AIM in the UK:  AIM Chairman and CEO Alison Wenham was the founding President of AIM, and since the decision by WIN members to create an Executive she has been WIN Chairman.
Contact: Alison Wenham – alison@musicindie.com