Session: Closing the Value Gap – The independents' point of view

Today music is available everywhere and listened to more than ever before. But some in the music sector argue that a lot of the value is not returning to creators and those who invest in creation because some online services actively distributing music are under-licensed or not licensed at all. What’s the reality behind these claims of a so-called “value gap”? How does this affect artists and small and medium-sized businesses? What’s the impact on other music platforms which "play fair"? And what can be done to close this “gap”? 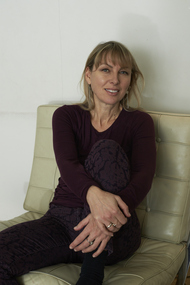 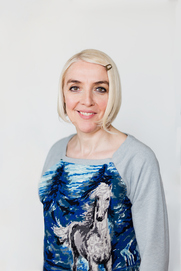 Helen Smith is IMPALA’s Executive Chair. Originally from Scotland, Helen is based in Brussels. She drives the organisation's key strategies with the board on a political, commercial and promotional level. Helping put thousands of independent companies and artists on the map of Europe by leveraging collective strength, IMPALA’s first 15 years in milestones is an impressive read, from Europe's first ever class action court case on a merger and its tough stance on digital platforms who don’t play ball, to its various action plans and awards schemes. 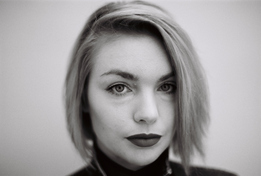 Producer, composer, singer, songwriter, DJ and performer; Emika is an artist who defies convention and narrow categorisation. The Anglo-Czech talent was classically trained in her youth, later discovering the limitless world of electronic composition that would provide the yin to her formative yang. Studying sound design at university, she soaked up the sounds of Bristol’s burgeoning dubstep-era bass culture before migrating to Berlin and immersing herself in the world of techno. Spending four years as a sound designer at Native Instruments’ headquarters in the city, she set up about establishing herself as a multifarious artist - signing to London electronic label Ninja Tune and delivering two acclaimed albums, DVA and Emika.

Emika has worked on many collaborative projects aside from her resolutely personal solo material - including alongside artists such as Brandt Brauer Frick Ensemble, Marcel Dettmann, Pinch and Jimmy Edgar. She came up with the concept to make field recordings inside the renown techno club Berghain which their resident artists used as the sounds for their Fünf compilation and this was released on Ostgut Ton label.

Her atmospheric style has seen her music used in a wide range of films, TV shows, events and advertisements, including the London 2012 Summer Olympics, adverts by Gucci and McLaren, hit US TV series How To Get Away With Murder and by US TV channel NBC–who licensed her hugely popular cover of Chris Isaak’s Wicked Game. She was also sampled by The Weeknd on his track Professional and increasingly contributes music to film soundtracks–including a trailer for Mission: Impossible - Ghost Protocol.

In 2014 she launched her own label Emika Records as a platform to shape her musical vision for electronic music and neo-classical, allowing herself total creative freedom and emancipation from stylistic boundaries. She released her third album DREI on the label, as well as her piano opus Klavirni and 12” releases Melancholia Euphoria and Flashbacks, before unleashing her most ambitious work to date: Melanfonie.

Her first orchestral symphony was recorded in January 2016 in Prague in the Czech Radio studio with the 70 piece Prague Metropolitan Orchestra and highly acclaimed soprano Michaela Srumova who Emika met while recording her album ‘DVA’. Some four years in the making, the record was crowdfunded by her fans to the tune of more than €25,000 and recorded at the resplendent Czech Radio Studios.

Emika is inventing new space for herself and her work to exist, paving her way for the future of classical music, she has several virtuoso artists lined up to release on her imprint in 2017. Creative freedom, independence and visionary music projects are what she has become renown for. 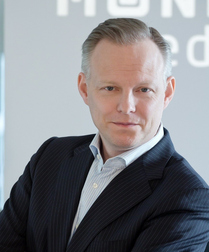 Dr. Oliver Schwenzer is Chairman of the committee on Digital Content & Licensing at the industry body BITKOM. The attorney at law and manager with 17 years of professional experience in the music and entertainment business holds a position as general counsel at the international established digital entertainment service provider Mondia Media Group.  Schwenzer started his career with BMG and MTV and later served as Legal Counsel and Senior VP at Universal Music, Peermusic and EMI. Since 2003 he has been working on licensing models and copyright management for digital content business at Bertelsmann/Arvato.

Having specialized with a PHD in Music Copyright, Oliver Schwenzer has been a passionate moderator and negotiator between effective copyright protection and interests of the user community for many years. He conducted cases and lobbied against internet piracy at IFPI and on the board of the international music publishing association ICMP. In his function at BITKOM he advises for the industry positioning on copyright and licensing models. Oliver Schwenzer lives with his wife and three children in Hamburg. 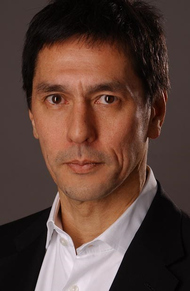