Session: It's All About Artificial Intelligence and Virtual Reality – The Role of AI and VR in Today's Music Industry

Virtual Reality (VR) and Artificial Intelligence (AI) are inspiring creators and listeners to explore new ways to transform music into a three-dimensional experience. Multimedia releases with high-quality video footage receive as much attention as the audio. Musicians have the ability to blur the sound of recorded and live music or to augment their audio experience with the listeners on social platforms by using VR. Is that all still up in the air or will this become reality in the near future? While VR will be the next big thing AI´s role is different in the music eco system. Human concerns and fears about AI? As AI can carry out elements of the creative process, should artists be worried about the machines taking over or is AI in music a good thing, when using it as a tool to create music in a direction creators might not have gone before. 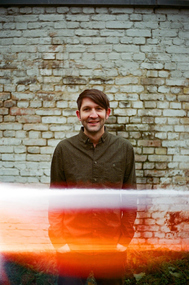 Eric Eitel is a curator and consultant for tech, art and culture projects. He is a board member of all2gethernow, a Berlin based culture think tank and co-founder of Music Pool Berlin, a consulting platform for musicians and people working in the music business funded by the European Social Fund and Musicboard Berlin. Eric writes for tech and music trade publications, advises companies and organisations in strategic communications questions and tweets obsessively as @alias_eitel. 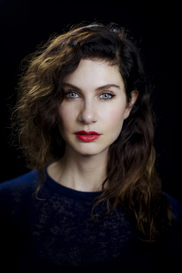 Adina Popescu is a writer and director of films that integrate viral, mobile, and virtual reality elements into storytelling, and is leading the way for creating the entertainment of tomorrow, working closely with Brett Leonard and Scott Ross (ILM/Digital Domain) at Virtuosity Entertainment.

Her artistic work has been featured at Art Basel, Venice Biennial, Art Basel Miami, Palais de Tokyo in Paris and at Art Galleries such as Marlborough in NYC, alongside Richard Prince, Eigen & Art Berlin.

Currently Adina Popescu is working on a 4D immersive climate change platform called EARTH - (TBA) - that is running on ETHEREUM Blockchain,“because EARTH belongs to everyone”.

Adina Popescu is also hosting a YOU TUBE SHOW on Blockchain, Net Neutrality and the democratization of information called META; in conversation with outstanding people all over the world she is examining the implications of our technological advancement and how their implementation changes our social values.

She has been working with the team of CI on the ‘Nature is Speaking’ campaign, working alongside Media Arts Lab and Lee Clow and has advised Media Arts Lab on storytelling in VR/AR and social media.

She has a deeply rooted interest in Nature Conservation and was curator of a conference format called ‘Parley for the Oceans’ – organized on behalf of Pharrell Williams and Bionic Yarn, aiming to find bio mimicry solutions in industrial production. 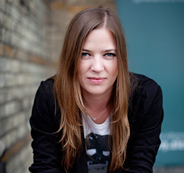 Andrews has a long history at the forefront of the digital landscape. Having gained a 360 degree view of the music industry through her background as a concert promoter, artist manager and independent record label founder, Andrews took on a position as Head of Digital at the record division of 19 Entertainment in 2005, though her remit there expanded beyond music to cover brands including the Beckhams, the England football team and Honda.

A long standing outspoken advocate of the value the digital revolution can bring to bands, brands and organisations she’s proven on many occasions that data is key to understanding and effectively marketing to your audience in this brave new world and is a respected public speaker on all manner of digital innovation and diversity topics.

Andrews has also spearheaded the Independent Label Playlist Brand initiative after calling on all independent labels globally to unite in an effort to rival the majors and in March 2017 founded “Let’s Be The Change” the worlds biggest database for female public speakers in the music industry to help tackle diversity issues at music industry events.

From 2013-2015 Sammy headed up the Cooking Vinyl Group’s digital department looking after campaigns including Billy Bragg, The Prodigy, Marilyn Manson, The Subways, Carl Barat, Royksopp and many more as well as driving the company’s overall digital strategy.

She has traveled the word speaking at world renowned events about the future of the music industry including The Guardian, SXSW, Midem, BBC, Web Summit, AIM Music Connected, Way Out West and many more.

Sammy was named in Music Week’s 2015 30 Under 30 list the shortlist for Music Business Worldwide’s 2015 Young Executive of the Year Received the 2015 Women in Music Rising Star Award. 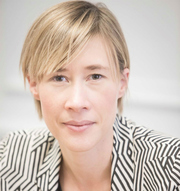 Sophie is a digital media lawyer with over 10 years experience as counsel to media and technology industries. She leads Reed Smith’s Entertainment and Media Industry practice in Paris. Sophie is a counsel in Reed Smith's Entertainment & Media Industry Group. Brussels born, French qualified as a lawyer and based between Paris and London, Sophie balances technical legal experience – in Contract, IP, IT, Data and European law – true commercial insight and cutting edge knowledge of developments in the tech sector. Sophie acts as counsel and litigator for French and international clients – household names and start-ups – in digital music, audio-visual, image, video games, advertising, heritage, virtual reality and artificial intelligence, as well as state-of-the-art data intelligence and technology providers, and advises them on all topics relating to IT, content acquisition, distribution, monetisation, strategy and control. Sophie has a particular experience in digital music and the imagery sector after spending close to 6 years in-house or seconded to record companies, streaming services and, most recently, to Getty Images. She also advises an increasing number of clients on EU policy-making in the field of media and technology and lectures at University Paris XI on European IP Law. Sophie is a regular moderator and speaker at conferences on music, technology and the future of the media industry. Most recently, she has been acting for the European Commission to moderate a cross-sector consultation on future EU Funding Programmes in music.