Currently, just a small fraction of the user generated content worldwide is monetarized, although it is  a substantial source of income for labels and publishers. YouTube´s  income is mainly generated by user generated content. Derivative works already make up  more than 50% of the publishing income. Labels and publishers have generated hundreds of  millions of EUR  for the  use of samples during the past 35 years, although just a small part of the sued samples were cleared.

Native Instruments introduced the new Stems format recently , which will be an additional catalyst for producing and spreading user generated content in the form of DJ Mixes and so called mash-ups. How will the music industry deal with this unstoppable phenomenon? How can the current problems of track detection and precise specifications be solved? Which possibilities are available to participate in this  significant growth sector of the music industry? What role do the market leaders for user generated content , YouTube and Souncloud , play ? On which new innovations do they work to take up the challenge for the next years? 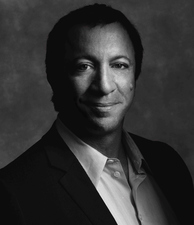 Tom Silverman has made his presence known in the music business by being ahead of the curve.  In addition to the important work he’s contributed to the independent cause; he is recognized throughout the music industry for two significant contributions: founding independent label TommY BoY Records and launching the New Music Seminar.  TommY BoY pioneered the early days of hip-hop with such artists as De La Soul, Digital Underground, Queen Latifah and House of Pain; electronic music with artists like Information Society, LFO and 808 State; and today is releasing new albums for iconic artists such as Method Man and Ghostface Killa; along with developing several new acts.

The New Music Seminar launched in 1980 and can accurately be described as a pre-cursor to many of the major music conferences today.  The NMS attracted over 8,000 participants in its initial 16-year run, but it was revived in 2009 to tackle a host of new challenges facing the ever changing industry.  Silverman has been one of the continuous leaders determined to discussion and address what it will take to overcome the struggles the industry faces.  Recent conferences Tom has participated in include: SXSW, Canadian Music Week, Trigger Creative Conference, Digital Music Forum, In the City, YouBloom, CMJ, NARM, Keynote Winter Music Conference, MIDEM, Music & Media (FI), ASCAP New York Sessions, Leadership Music.

In 2000 he received the National Academy of Recording Arts and Sciences Heroes Award and in 2013, he was awarded with the A2IM Libera Awards Lifetime Achievement Award for his contributions to the Music business. 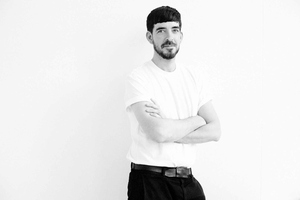 Gavin Burke is the founder of Geo Track ID, a Berlin based company that develops technologies to help bring fairness and transparency to the music industry.

One of their suite of technologies is the patented AMI (Advanced Music Identification) algorithm, which has the ability to identify the original source material used in new derivative works. 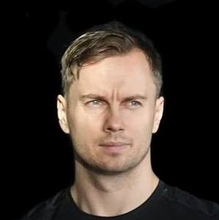 In the past 20 years Ronny Krieger has been successfully involved in pretty much all areas of the international music business. Originally a banker at the corporate lending department, he soon followed his passion for music as an artist, dj and producer, later pr agent for press and radio, label- and artist management (Modeselektor, Moderat, Monkeytown Records, kanzleramt, 50 Weapons...), worked in distribution (EFA medien), at a record store, lead a download shop (VP & CPO of Beatport), has been and still is a member of the boards of vut (the German independent music association) and Musicboard Berlin, keeps teaching Digital Media, Social Media Marketing, International Music Business at the e.b.a.m. academy and Popakademie Baden-Württemberg, has been working as an advisor for companies like FatDrop, DJBroadcast, Shutterstock and others and currently works in business development and as a strategic consultant for Native Instruments (Director of Content) and Digitally Imported. Ronny Krieger is living in Berlin, married, father of 2 kids, enjoying a healthy life style and is a dedicated CrossFitter and multiple times Tough Mudder obstacle race finisher. 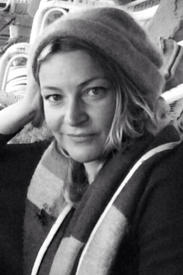 Lena Obara is a music publisher and music supervisor. She is also a lecturer at the Berlin University of the Arts. Worked as a pianoteacher in a private music school in Berlin, sound engineer at Staatstheater Kassel and sound engineer assistent at wavelab studios in Tucson, USA. She studied musicology and communication science and her thesis “Aesthetic effects of pre-mastering. An experimental field study” has been published in “26th Verband Deutscher Tonmeister International Convention”. 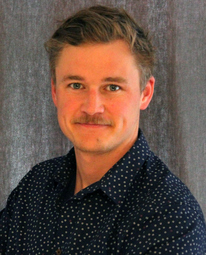 I’ve been working for Kontor New Media since 2007 and run through different content departments in the company. Starting as a Label Manager in the music division I’m now heading the audiovisual team at Kontor New Media. We’re distributing movies, TV-series and as a YouTube Partner we are a Multichannel Network for both music and entertainment. I’m certified in Audience Growth and Rights Management and dealing with User Generated Content and the Content ID System on YouTube for more than 6 years. 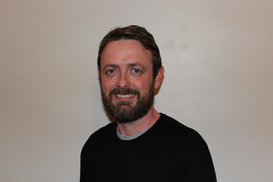 In his work with finetunes, David is focused on marketing independent labels and artists in the digital world and in fighting to ensure that independent music gets the full respect and value it deserves in the modern digital music ecosystem. David started his career at Virgin Records, working on international marketing campaigns for Acts Including the Spice Girls, Daft Punk and Massive Attack. As a journalist he has written for titles such as Music Week and Music Business International, before helping launch the UK- based music industry publication Record of the Day, for which he still writes music industry analysis.