The renowned UK newspaper ‘The Guardian’ once wrote “In the late 80s, acid house became the biggest youth revolution for decades, uniting one ecstatic generation while horrifying parents, politicians and police”.

While genre names may differ from country to country, with some calling it ‘house music’, others ‘techno’ or others simply ‘dance music’, they all describe the same phenomenon. It changed youth culture and became a part of culture and lifestyle. 1988 in particular was a special year, with several underground tracks in commercial top 10 charts, more media attention and the founding of several iconic independent labels.

Now, 30 years on, more than 90% of dance music is released by independent record companies, making it by far the biggest sector among the indies with an output of releases second to no other genre; Beatport, for instance, releases more than 10,000 tracks a week.

We want to look at dance music from its underground beginnings to its present-day commercial success. Two big names and pioneers of the scene, Martin Heath (founder and Managing Director of Rhythm King Records, 1987-1997) and Renaat Vandepapeliere (founder, A&R and the factotum of R&S Records) will give us their insights into the past and present, as well as their perspective and opinion on the evolution of independent dance music.

Renaat Vandepapeliere’s career spans almost 4 decades in which his visionary soul has given some of the most prolific and forward-thinking artists of the electronic music scene a platform to express themselves, such as Derrick May, Juan Atkins ‘Model 500’ and Aphex Twin. Today, Nicolas Jaar, James Blake, Paula Temple, Benjamin Damage, Talaboman, Lost Souls of Saturn and Mariel Ito all bask in the glorious heritage of R&S.

Over 25 years, Martin Heath’s involvement in media, popular culture and pioneering technology has enabled him to understand the DNA of successful innovation in culture, business, and technology. Martin achieved early success in 1988 with his first music label, Rhythm King, the pioneering electronic label, bringing the world numerous acts including Bomb The Bass, Beatmasters, S-Express, Betty Boo, Leftfield, Moby and D’Ream. As a business Rhythm King was a collective of artists engineers and professionals operating on 50-50 net profit deals, aligning the company and its artists as equal partners. 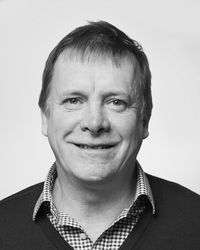 One of the UK’s most successful independent record companies, which in 1997 was sold to the Bertelsmann Music Group (BMG). 16 mio records, 42 UK top ten chart acts, two number one acts. Developed indie label system with sub labels Warp, R&S. Operated wholly owned affiliates in Europe and the US.

JV between Sony and British Indies, Creation, Nude, Rhythm King. LRD sourced Oasis, Boo Radleys, Suede, the Farm, and Echobelly. In the US created the first “downstream” project with Sony 550 via RED with Echobelly.

Consisting of Mousepower, a digital design company for web, CDROM and interactive displays, and Cu3ed, a systems integration and media asset management company. 2001 Sold to the Winsome Group based in Brussels.

UK and NY based indie company, signed the Killers in 2003, 6 times Platinum in the UK. 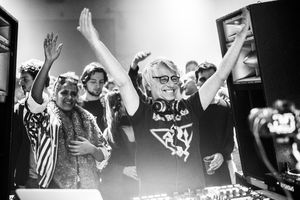 The Boss, A&R and Factotum of the all-mighty Techno label R&S Records needs little introduction. His career spans over almost 4 decades in which his visionary soul gave some of the most prolific and forward-thinking artists of the electronic music scene a platform to express themselves, artists such as Derrick May, Juan Atkins ‘Model 500’ and Aphex Twin. Today, Nicolas Jaar, James Blake, Paula Temple, Benjamin Damage, Talaboman, Lost Souls of Saturn and Mariel Ito all walk in the glorious heritage of R&S.

Renaat and his label have earned him the title of being an uncompromising pioneer, and although his role as boss and A&R of the label is very time consuming, Renaat is a remarkable selector who truly enjoys taking risks beyond trends. 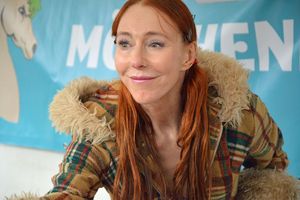 Having escaped her native Munich and having escaped university Monika set out to learn journalism at big Berlin radio-station SFB. She joined the team of a renowned political youthprogramme called “sf-beat” and was soon regularly hosting the show. As a presenter she would also introduce her own musical selection.

The sounds of Acid House and Techno were not quite everybody's favourite in 1988 but they generated a lot of interest and were of course welcomed by the emerging scene, of which Monika was a part.

When Radio 4 U was founded in 1990, she got her own show, three hours every Saturday evening. It was followed by a big audience and is now regarded as influential. A few years later the former East and West stations merged and the old radio frequencies were being redistributed. Her collegue Christine Heise and Monika applied for one of the open frequencies to seize the chance to found their own independent music station.

When the application was rejected, she took a break to relax and visit a friend in San Francisco. That break turned out to last until 2011. In her San Franciscan time she enjoyed the unique dance scene there and made her teaching certificate in Ashtanga yoga. After her return to Berlin she joined the NGO “mörchenpark”, the Urban Gardening project of the now famous Holzmarkt and even published a magizine for it, “möRRR”. Apart from the occasional article in the Berlin newspaper “taz”, Monika nowadays spends most of her time on the mat.