Session: Why We Need More Women In Music 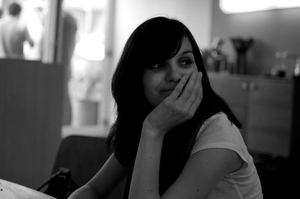 Julia Korbik (born 1988) is a journalist and author based in Berlin. She mainly writes about feminism, politics and culture. In 2014 her introduction to feminism for young women “Stand up – Feminismus für Anfänger und Fortgeschrittene” was published at Rogner & Bernhard’s.

Electric Indigo, DJ, composer, musician, has performed in 38 countries across Europe, Asia, and the Americas. Her name stands for the intelligent and distinguished interpretation of techno and electronic music. Her DJ-sets are characterized by a wide variety with a clarity of vision and a depth that comes from a deep understanding of the music and the art of DJing. As a composer and musician, she creates music for concert spaces, clubs, sound installations and occasionally for stage plays and short films. In her compositions and live performances, she emphasizes the spatial-temporal placement of subtly elaborated sounds and structures, often generated from speech recordings. Electric Indigo shuttles between Vienna and Berlin.
Electric Indigo started her DJ career in Vienna 1989 and lived in Berlin for three years [1993-1996] to work at the legendary Hard Wax record store. In those years, she also began to produce music, first releases came out in 1993. 10 years later, she started her own label indigo:inc recordings which is sound asleep nowadays... In 1998, she founded female:pressure an international database and network for female artists in the fields of electronic music and digital arts which was awarded with an Honorary Mention at Prix Ars Electronica 2009. Institutions like the University of Music and Performing Arts Vienna, the University of Fine Arts Vienna, and the University of Applied Arts Vienna commonly invite Electric Indigo as a guest lecturer. She received the "outstanding artist award Musik 2012" in the category electronic music and computer music and the national grant for composition 2013 from the Austrian Federal Ministry for Education, Arts and Culture. 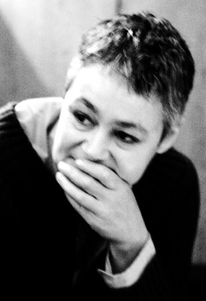 Nathalie Percillier, 1960 born in Paris. Studies at Berlin Art School (UdK) and Filmschool (dffb). Many short films: Bloody Well Done, Heroines of Love, which won the Teddy Award at the Berlinale 1997, as well as Sticky Dough which received numerous national and international awards, and Never Trust a Cow, which had its premiere in the competion programm of the Berlinale 2003...
2011 her first Book was published: In the Milk, an awarded yet unfilmed screenplay. 2013 #manifestA is her first feature was released. 2014 Dings, musical for and with the Swiss Musicgroup Les Reines Prochaines, which had it's stage premiere 2010 in Berlin. since 2014, nathalie percillier is co-directress of the initiative PRO QUOTE REGIE. 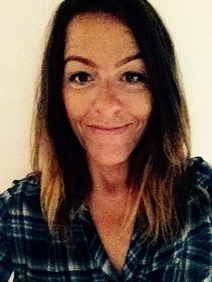 I started working for [PIAS] almost 20 years ago and have held different roles over the years at the company; I started as Label manager and then later became Head of Labelmanagement at [PIAS] Belgium. In 2004 I joined and headed the International team and  as of 2007 I worked as International Marketing manager and Senior Project manager at our own recorded music division, [PIAS] Recordings. Since September 2014, I work as Live Strategy manager and [PIAS] Nites coordinator thereby responsible for driving and executing the long-term live strategy of the [PIAS] Group. I live in Antwerp but spend my professional time between our Brussels and London office and the cities where we organise and produce our own events [PIAS] Nites. 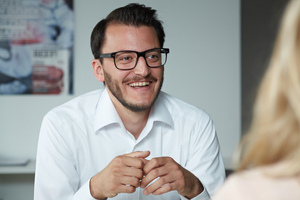 Robert Franken has been working in the digital space for 15 years, where his focus has always been B2C platforms, markets and target groups. As CEO, he has developed urbia.de to a leading position within the German parenting market. After ten years at urbia, Robert took over as CEO für chefkoch.de, one of the largest digital platforms in Europe and one of the world’s largest digital hubs for recipes and food.

Since the beginning of 2015, Robert is Chief Digital Officer of Luna media (lunamedia.de), a Berlin and Cologne based publisher of high quality family and lifestyle magazines with a focus on fashion, interior, beauty and lifestyle.

Robert is member of the advisory board of PANDA (we-are-panda.com), a career competition and network for female leaders. Leadership, feminism and work(ing) environments are among the topics he is especially interested in. As @herrfranken (twitter.com/herrfranken), he is very active on Twitter, and he publishes his ideas on feminism, gender and post-digital etc. on his blog „Digitale Tanzformation“ (digitaletanzformation.wordpress.com).